Part of the stretching miniature garden is clipped and brought inside a room. A planter in which you can enjoy casting seeds and growing germinated plants. 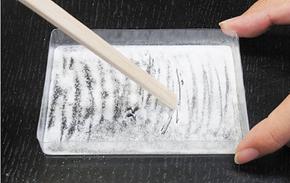 1. Put the water retention agent into the blister tray.
*Pour water of the amount specified in the manual for each planter into a measuring cup.
*Do not use the wrong amount because plants will find it hard to form buds. 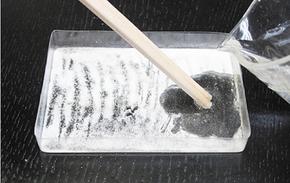 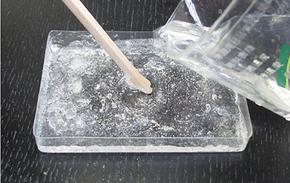 3. Stir well from the end to make the water-retention gel.
Add water little by little to the tray.
The water retention agent pectizes immediately after it touches the water. Stir well while adding water.
*Insufficient stirring causes lumps. 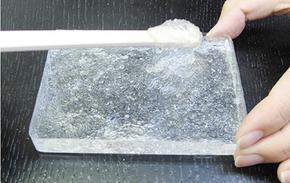 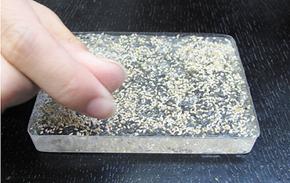 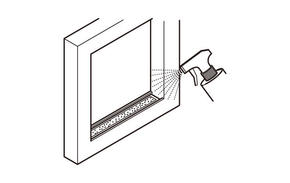 6. Grow orchard grass.
When the surface dries, further mist the seeds. Keep the mister about 20 cm from the tray and gently mist the seeds so that they are not buried in the water retention gel.
*When the gel completely dries, it will not pectize any more even by adding water. Do not allow the gel to dry.

The first sprouts appear in one week to 10 days. Enjoy the plant growth while supplying water.
Award 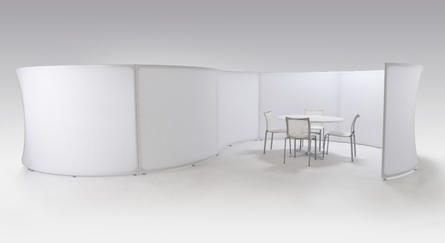 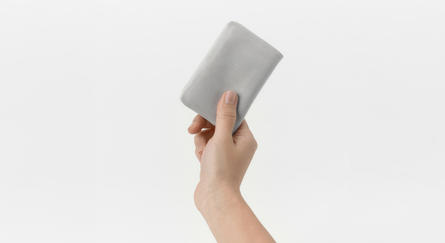 The path in designing factory
コンセプト

The naming of factory is far from the image of this work. The real meaning lies in the way the planter is used.  In the initial concept, a new feature to grow, harvest, and eat was added in order to go one step further from the traditional style of planters, that is, for ornamental purposes. The naming of factory came from the image where plants grow one after another in the simple form of stacked planters as if products were produced in a factory. However, as it was impossible to control the hygienic status in the process of growing plants, it was thought to be difficult to maintain the concept of eating, so its feature was removed. As a result, the concept changed from eat to see and the planter has become a place where you enjoy sowing seeds and seeing the sprouts. I hope this microcosm of life will provide a little pleasure to the minds caught up in work at a desk.