roots such as moss, moss balls, and air plants. With the hard and straight shape created by the lump of cast iron in a prismatic shape, it is a design where a gentle curved surface is added to the depression created by the bulging sphere. It is designed so that its beauty stands out by creating a contrast between the moss placed in the depression and the texture of the 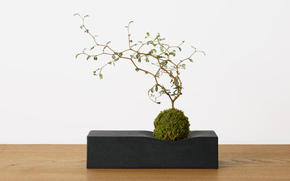 The depression uses the open space
The space between the iron brings out the plants. The contrast between the black of the iron and the green of plants maximizes the enjoyment. 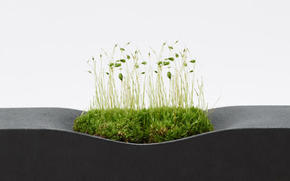 A depression that catches softly
The depression for the plants gives it a soft gravity for any object placed in this area.
The bonkei planter adds mystery by being soft yet iron. 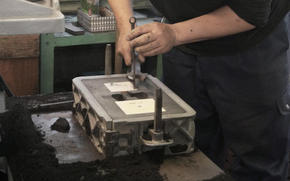 High-level casting technology that has been passed down
Since its founding in 1897, Matsudayasu Tekkosho is a cast iron manufacturing company with history, and the company owns its own cupola furnace. They manufacture parts for printing and packaging machinery, transmissions, pumps, and elevators, and they develop high-level technology for processing after cutting.
Display Package 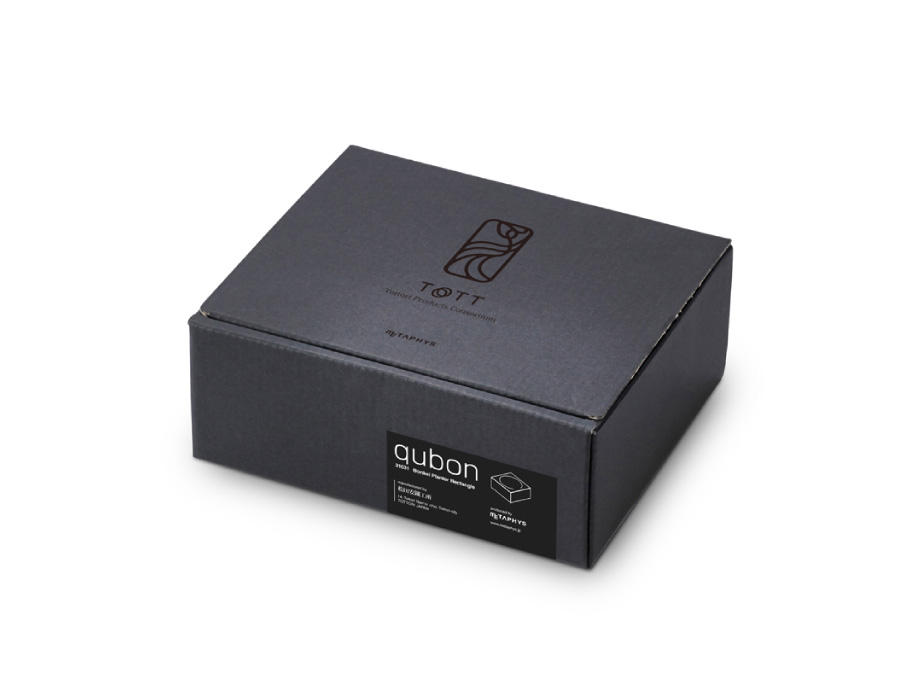 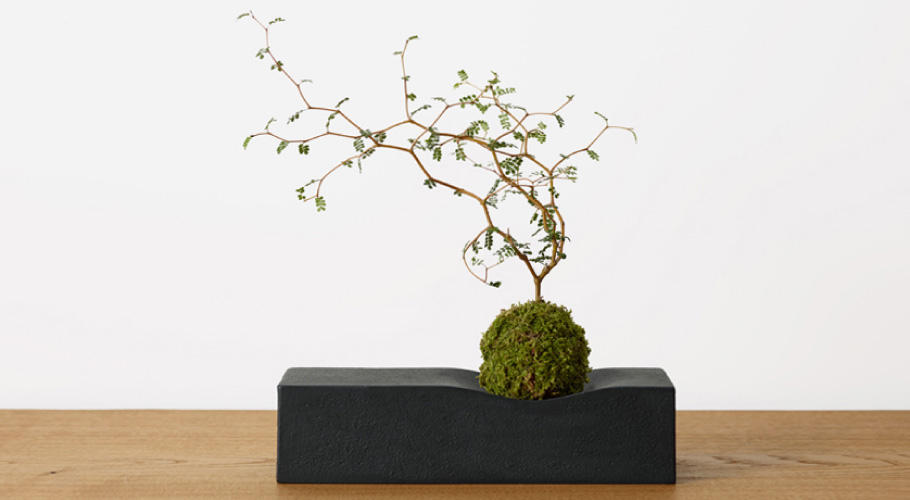 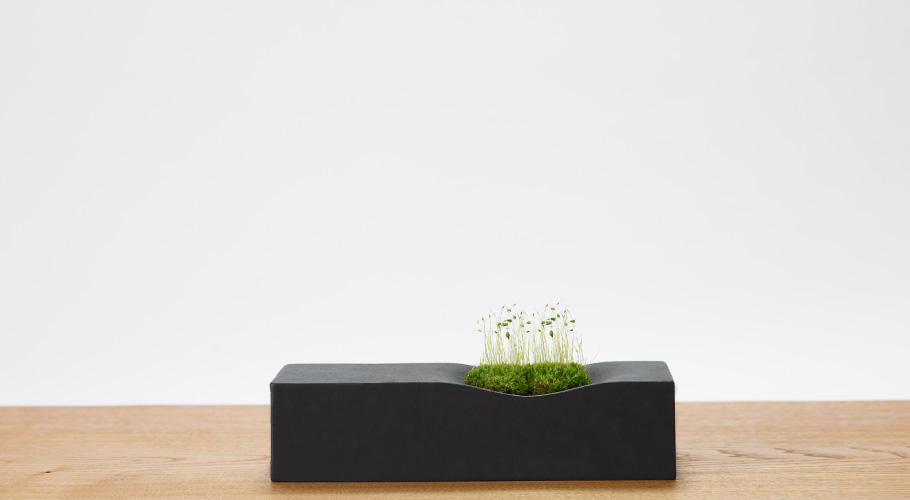 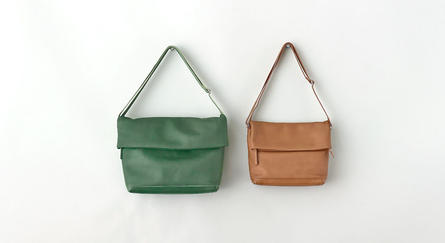 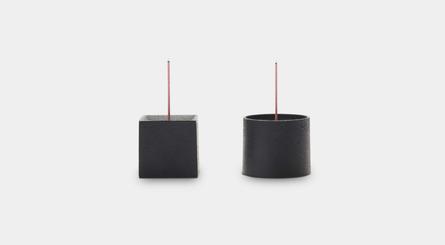